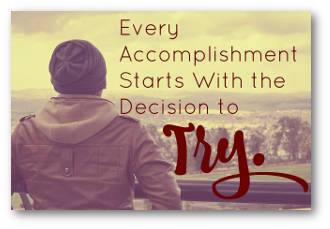 As an initial post to kick off this blog site, here are a few of my favorite quotes that I turn to for inspiration:

“Genius is one per cent inspiration, ninety-nine per cent perspiration.”
— Thomas Alva Edison

“What can you do that’s fantastic?”
— Frank Zappa

“Everybody is a genius. But if you judge a fish by its ability to climb a tree, it will live its whole life believing that it is stupid.”
— Albert Einstein

“My doctor tells me I should start slowing it down – but there are more old drunks than there are old doctors so let’s all have another round.”
— Willie Nelson

“You are, at this moment, standing right in the middle of your own “acres of diamonds”.”
— Earl Nightingale

“Success is the progressive realization of a worthy goal or ideal.”
— Earl Nightingale

“Everything in excess! To enjoy the flavor of life, take big bites. Moderation is for monks.”
— Robert A Heinlein, “Time Enough For Love”

“Never meddle in the affairs of dragons, for you are crunchy and taste good with ketchup!”
— Anonymous

“There are three kinds of men. The one that learns by reading. The few who learn by observation. The rest of them have to pee on the electric fence for themselves.”
— Will Rogers

“A fool and his money are soon elected”
— Will Rogers

“This is the true joy in life, the being used for a purpose recognized by yourself as a mighty one; the being thoroughly worn out before you are thrown on the scrap heap; the being a force of Nature instead of a feverish selfish little clod of ailments and grievances complaining that the world will not devote itself to making you happy.”
— George Bernard Shaw

“Minds are like parachutes – They only function properly when Open.”
— Anonymous

“Success is stumbling from failure to failure with no loss of enthusiasm.”
— Winston S. Churchill

“The brain is a wonderful organ. It starts working the moment you get up in the morning and does not stop until you get into the office.”– Robert Frost

“Research has determined that research causes cancer in laboratory animals.”
— My own saying

“Why don’t they pass a constitutional amendment prohibiting anybody from learning anything? If it works as well as prohibition did, in five years Americans would be the smartest race of people on Earth.”
— Will Rogers

“Freedom is not something to be won and then forgotten. It has to be renewed, like soil after yielding good crops. Rewound, like a faithful clock. Exercised, like a healthy muscle.”
— Norman Corwin

“Music is the electrical soil in which the spirit lives, thinks and invents.”
— Ludwig van Beethoven

“Loyalty to petrified opinion never yet broke a chain or freed a human soul.”
— Mark Twain

“To know the road ahead, ask those coming back.”
— Chinese Proverb

“Don’t rely on one goose for all of your golden eggs!”
— Me

“Indecision is the thief of opportunity.”

Welcome to my online income blog, I hope it is helpful to you! Enjoy!

2 thoughts on “A Handful Of My Favorite Quotes” I am Oren Leavitt, the creator of this place called "I Do Passive Income". I'm here to help you learn how to turn your hobby or passion into multiple streams of income.

You are smart people and you deserve smart resources! Check out my #1 choice for training and sign up for FREE! 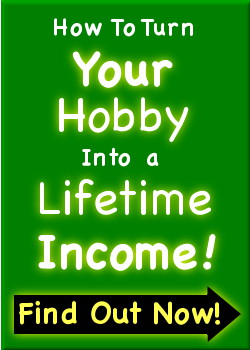